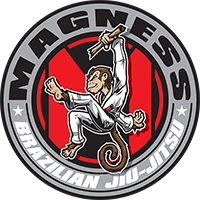 Having a strong yet flexible curriculum is a big part of how we  share Jiu-Jitsu here at the Academy. Jiu-Jitsu is a constantly evolving martial art which makes keeping a curriculum both necessary and difficult at the same time.
As Jiu-Jitsu has become much more popular over the years it has taken on different forms and found it’s way down different paths.  You may hear phrases like Gi, No-Gi, Submission Only, Self Defense, MMA and others. These are all different focus points in which Jiu-Jitsu can be learned, practiced and applied!
The question is which one do you want to pursue?
The answer is very simple. All of them.
A true, deep understanding of the fundamental application of Jiu-Jitsu will serve as a sufficient tool in all of these paths of Jiu-Jitsu.

As a practitioner of Jiu-Jitsu, you don’t have to pursue these different pathways. But a pursuit of the fundamentals of Jiu-Jitsu will give you the tools you need to make your way down any one of those path ways!

I often tell my students that the reason the basics are the basics is because they work the most often. That’s how they became the basics.

With that being said, as Jiu-Jitsu is evolving, so are the basics! It’s important that we keep up to date on the evolution of Jiu-Jitsu in order to keep our fundamentals sharp!

After establishing a solid understanding of the fundamentals of Jiu-Jitsu, it’s time to sharpen them.

A black belt is doing the same things as a blue belt, but with more efficient precision and timing. These same things are the basics.

Although saying “The basics” sounds simple. It can become quite complex if dug into enough. This is where progress is made!